The weather has changed toward winter, and the proof is in the mountains. A hike at 8,000′ to catch the aspens before leaf fall and then just a week later, the change was profound. 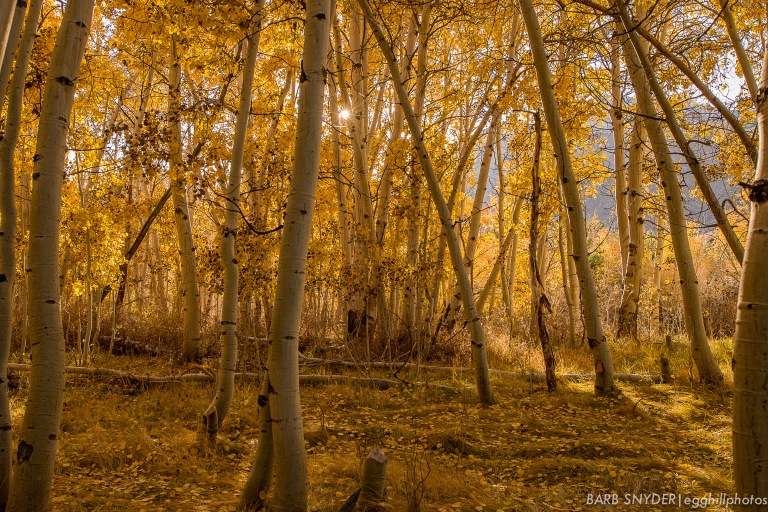 The sunny, happy yellow abounds in the mountains; not too many other colors like on the East Coast. 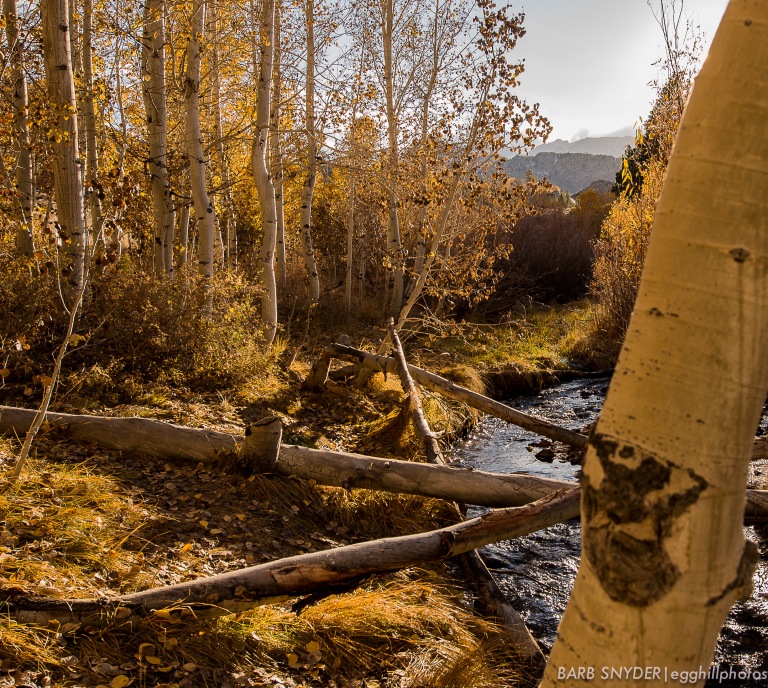 When hiking around the lake to get to the aspens, I realized too late there was no bridge over the feeder stream by the trees – which meant lugging myself and camera backpack and tripod back around the lake. Not an issue except the time of day – crepuscular (twilight) – time for bears and mountain lions. A bear had been spotted at this lake many time by fisherman friends, so I didn’t want to hang around. That meant fording the stream. I didn’t cross on the logs pictured, but did find a bigger one to tightrope walk across. I thought I was home free – but alas, the larger stream that came next was too wide. Nothing to do but wade across; off came the shoes, pants were rolled up and the water up to my knees wasn’t too cold. I could not have done that a week later.

The car and two fishermen were fairly close now, I felt safe enough to linger in the twilight.

How do you write the word for the sound of snow underfoot? I think it sounds like scrump-scrump: sc-rump rump rump as you sink further into the fluffy white stuff. A week later, a different trail at 9,000′ had several inches of snow from a storm in the high altitudes over the weekend. 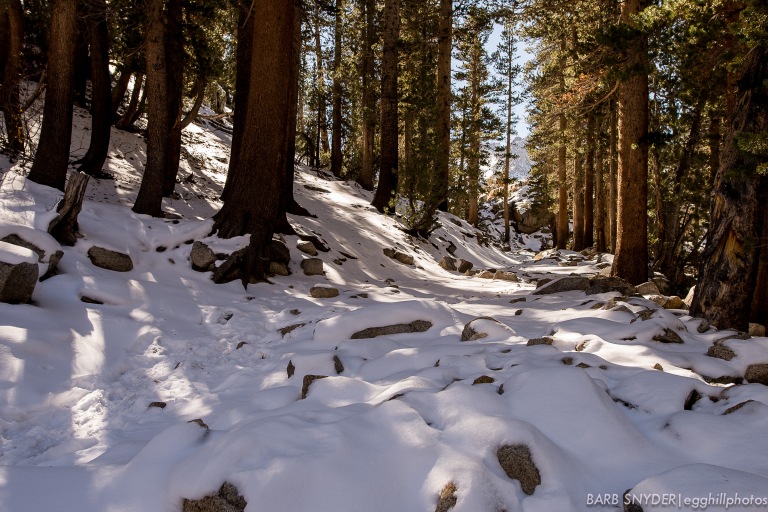 John Muir’s name is all over the mountains that he so loved. It’s hard to believe that he was able to explore and survey so much land by himself, existing on mainly bread and tea.

If you look closely at the snowy lake edge in the photo above, you’ll see the rings where water had been before Los Angeles drained the lake earlier in the year.

No more leaves. The day was t-shirt weather, balmy and beautiful. The snow was melting in the sun, where the sound was more squish-squish through the slush. On the way back down, with the sun setting, the sound became crunch-crunch from refreezing. There won’t be too many more hikes before the road is closed by snow.